Live at the Fisherman’s Rest 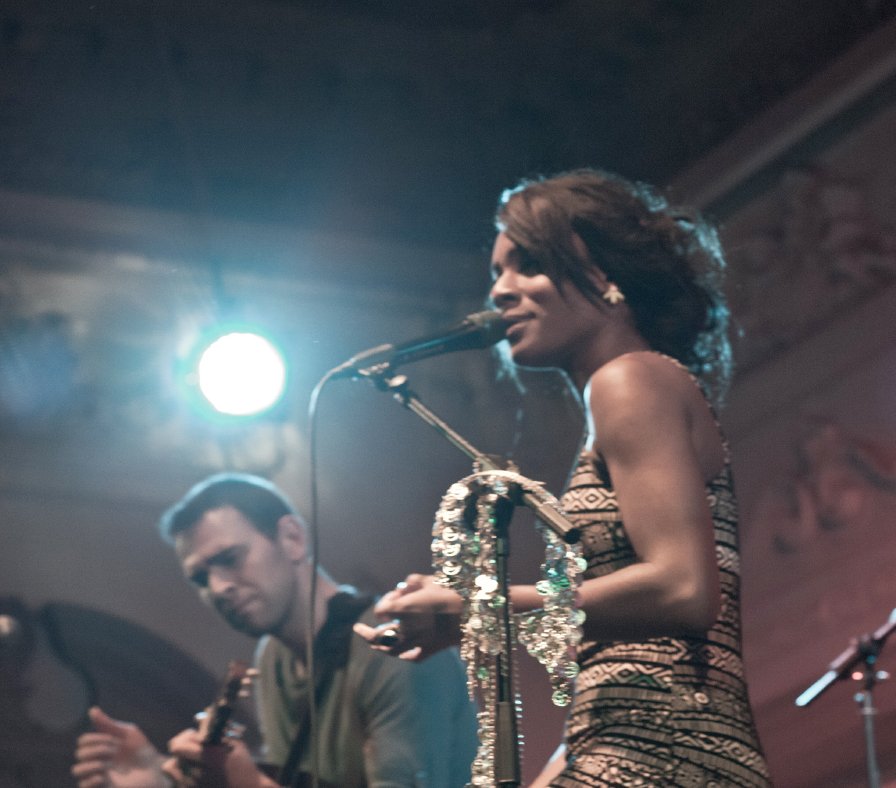 D’lys ‘s new album ‘Find me an Angel’ – Out now and available on the night.

Adam green is well-known in the village, having lived here while he was at Kingsbridge school, and only moved to London a couple of years ago, after finishing at the Academy of Contemporary Music in Guildford, and then playing solo guitar on cruise ships. He runs a jazz quartet, but still plays classical guitar,and is playing at Hazlewood house on Mother’s Day.

D’lys quit a good job in the City nearly a year ago to concentrate on her singing and song-writing. She has just brought her first album out and plays with her full band, D’lys and the Flames, in which Adam is the guitarist . They frequently do acoustic gigs, D’lys being accompanied only by Adam. They were invited back to do a session on Radio Devon, and the Fisherman’s is one of only two gigs they will be playing while they are in Devon. They played at the Fisherman’s last summer to great acclaim,and it was a truly wonderful evening, a packed pub was well entertained by a mixture of D’lys’s songs and some great covers. Again, the gig is free, sponsored by the cricket club, and all are welcome. It promises to be another great night.