Who says that the Pantomime Season’s over? Well it probably is now,as Aveton Gifford’s Taverners Drama Group have perfomed their rendition of the well known tale of Aladdin during last week. The village hall was transformed in the first scene as an oasis and narrators Jenny, Jackie and John set the scene with witty banter before a very wicked Uncle Abanazer (Richard Bain) arrived, looking for riches and deciding to take a trip to China in an effort to cheat Aladdin out of his lamp. Boo, hiss…Meanwhile slaving in her laundry was wonderful Widow Twanky (Bob Burr), her naughty sons leaving her to do all the work, sound familiar? Aladdin (Kay Burnett) was mooning about after the Princess and Wishy Washy (Suzie Owlett), well, was just a lay about really. As the tale took shape we were escorted on a journey to the hills of China, back and forth to the laundry and to the royal palace where the Emperor (John Gordon) was trying very hard to marry off Princess Rosebud (Penny Schroeter) to a rich prince to solve his financial problems, well no wonder there was trouble!! And trying to keep them all in order were the Glamour Police, (Tilly,Maggie Jan). Well as in all good fairy tales, the love struck pair, Aladdin and Princess Rosebud did somehow manage to get together after being imprisioned in a dark cave and escaping the totally mad executioner Chip Chop (Sue Luker) and with some help from the genie of the lamp (Astrid Kemble). The dance scences by the young dancers,Gemma, Niamh,Helena and Alanna were superb and very inventive with illuminated hats to wear. The scene changes were amazing, so fast and young pianist Katie Smith did a great job providing the music. This was a terrific show and performance levels were very professional, well done to all involved.

The Easter Season is nearly upon us and St Andrews Church is having an Ash Wednesday evening service with communion on Wednesday March 5th to start the Lent season.There will also be a Lent Course at Tidal View starting on March 6th at 2.30pm by kind permission of Alan Edgecombe.

The next Parish Council meeting is on Monday March 3rd at 7.30pm in the Village Hall and the Hall committee has a meeting ion March 10th. 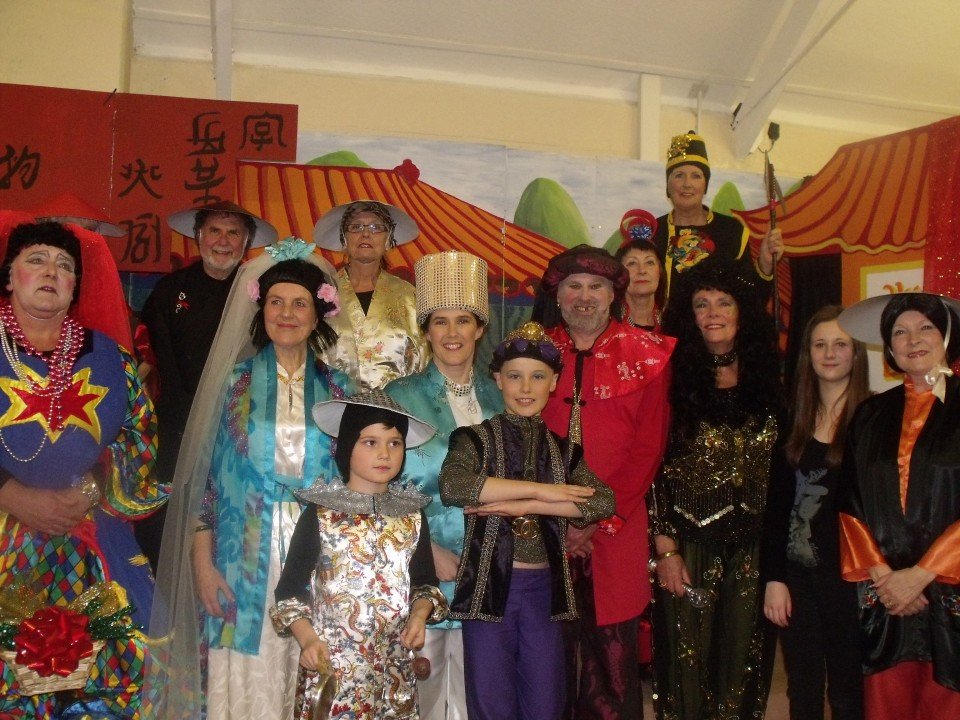