The Village Green was the venue for the Aveton Gifford Fun Dog Show on Sunday afternoon. The weather was perfect for the event and lots of our four legged friends arrived from all corners of the South Hams to participate. There were dogs of all shapes and sizes, all breeds and cross-breeds, and of every colour under the sun. The classes were designed to have something for everyone with classes for best pedigree, best pedigree puppy, best rescue veteran etc., and there were also fun classes including prettiest bitch, most handsome dog, waggiest tail and fastest bonio eater. The dogs and their enthusiastic owners seemed to enjoy every minute of the afternoon, and at the end of the competition young Lauren and her beautiful spaniel Jenny were declared Best in Show with Ros Brousson and dachshund Malcolm Reserve Best in Show. 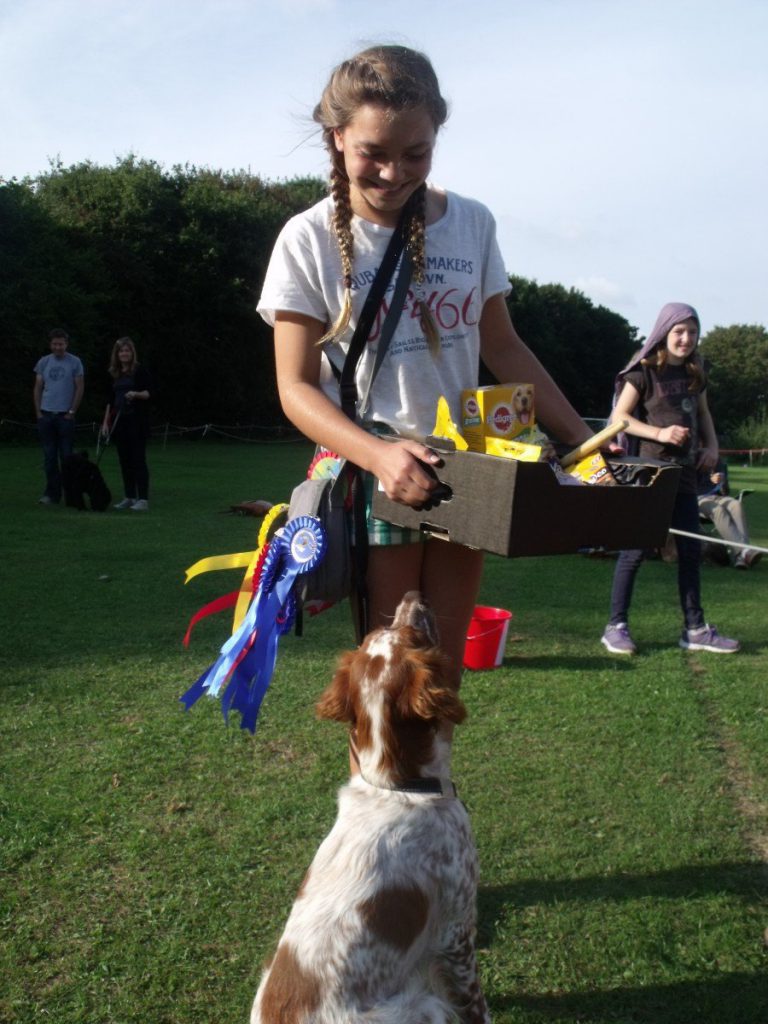 There was also a wonderful display by the South Hams Dog Agility Club members with their clever dogs showing just how the demanding discipline of the agility course should be tackled, with some flying leaps over the jumps, some very exacting weaving through the poles, and a very exciting fly-ball competition. The Club also demonstrated a display of obedience training which was most impressive, with the dogs being left while the owners walked away, amazing! The afternoon was very well attended and the resultant funds raised will go towards the village shop.

The Memorial Hall committee met on Monday evening to discuss the latest developments and improvements to the Hall. The condition of the toilet was discussed, particularly the condition of the floor which was damaged during a firework attack, causing staining. The solution was deemed to be to purchase some floor paint to improve the look of the floor, and this will be done as soon as possible. The summer sewerage spillage was also discussed; this was caused by an overflow pipe coming down from the Pulleys Close area and discharging the liquid sewerage into the stream. The problem had been reported, and some work has been carried out to the pipework in the Hall grounds, but more does need to be done in the near future. School lunches are now being served in the Hall following the addition of some extra kitchen equipment. Towards the end of the meeting some possible new events were suggested, and these will be discussed in more depth during the next meeting.

St Andrew’s Harvest Supper will be held in the Hall following the Harvest Festival service; this will start at 7.00 pm next Friday 26th September.

As we prepare to say goodbye to this lovely summer, A.G’s valiant Cricket Club have completed their fixtures for this year. The boys haven’t had a particularly successful season in terms of wins, but as always they have enjoyed competing, and will aim higher for next year as they are promising some exciting developments on the new players front.